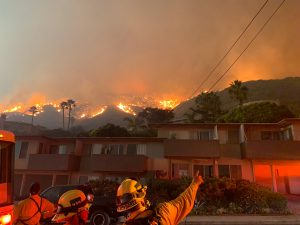 The Operations Division is an all-encompassing part of the Colton Fire Department, and its daily operations. The Department provides a wide range of services to the residents of Colton. Fire suppression, Emergency Medical services, Light and Heavy Rescue, and Hazardous Materials mitigation include some of these services. Fire suppression encapsulates various incident types from the smallest trash can fire, which can require a small fire extinguisher, to a large commercial structure fire or major wildland fire, requiring dozens of specialized fire equipment from our City and surrounding cities. EMS accounts for approximately 70% of the Department’s annual responses. Heart attacks, strokes, trauma, shootings, stabbings, and traffic collisions are routine calls to which Colton firefighters routinely respond. The Department provides this service through four strategically located fire stations. Theoretically each fire station has a “First in District”; however all stations are mutually supporting and are dispatched by a Computer Aided Dispatch (CAD) System. The CAD system determines which fire unit is closest to the reported incident at the time of the call. Frequently, when an emergency requires more than one fire unit, or if the closest station is already committed, the next closest fire unit will respond. Colton is also part of a unified dispatch system that can assemble an unlimited number of fire resources into the City in a short period of time. 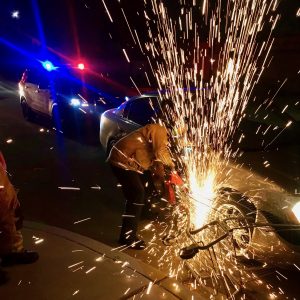 In order for the Colton Fire Department to accomplish its mission, it is necessary to consistently maintain a level of staffing to ensure that all of the units in the City are staffed and available 24 hours a day, seven days a week. To accomplish this goal, the Department has implemented “Constant Staffing”. Constant Staffing is a systematic policy where fire department personnel are called back to work open positions on a “Rank for Rank ” basis. If a Fire Captain is sick or injured, and cannot make it to work, his position is filled by an off duty Captain, rather than leave an empty spot on the engine on that day. This system guarantees the City will have the highest level of service every day of the year.

The Colton Fire Department has also signed and participates in the “California Master Mutual Aid Agreement of 1950”. This Agreement provides assistance from other fire departments, without charge, during major emergencies, to cities temporarily overwhelmed by an incident. During major wildland fires, earthquakes, floods, or a variety of other incidents, cities will pool their resources together and send them to a city in need. The only qualification is that the requesting agency must lack the needed resources to mitigate the problem. 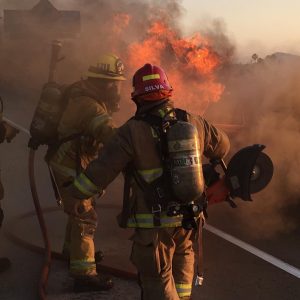 Along the same line as mutual aid, the City has also entered into various “Automatic Aid” agreements with neighboring cities. Throughout the years, as city boundaries have changed, many times you will find a fire unit, from a neighboring city, that is closer to incidents than our City’s fire equipment. Agreements such as these guarantee the quickest and most efficient fire response regardless of city boundaries. This sharing of fire department resources results in a more cost-effective method of providing emergency services.